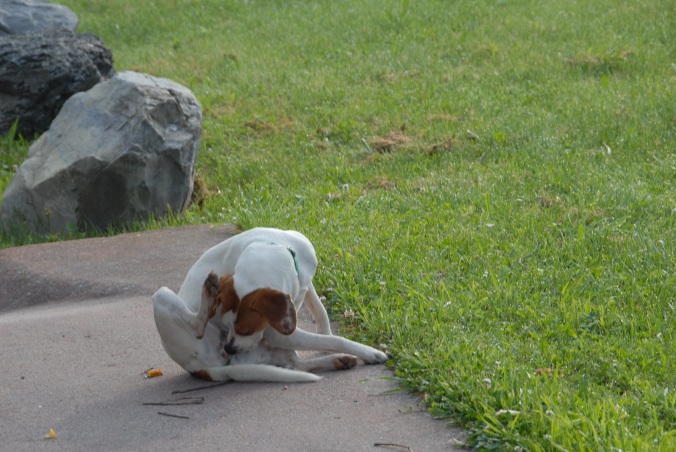 Roy Burke/Dr. HP Flowers began recording custom cassette tapes for his own archiving and entertainment purposes over 40 years ago. He started with bluegrass tape transcriptions in 1975, then expanded his curation, utilizing a personal collection of some 5000 vinyl records, then hundreds of cds and other archival sources. Between 1975 and the Summer of 2002 when he  dubbed his 403rd and final cassette (Detroit Redneck Kid Rock), Doc used cassette tapes to log everything from natural sound he had recorded on his backwoods adventures to blues records he played in his upstairs room as a frustrated teen in Brandy Station VA. One of his later great creative mixes was Kennel Sessions (#362, Feb 1997), a collection of music showing the importance of the dog in American popular culture, in Southern Culture particularly. More about Kennel Sessions another time. Here are his notes about the song he chose to lead off his curated collection of dog songs:

Side 1 Lightnin’ Hopkins. Lonesome Dog Blues (1967)
While playing his guitar to mimic a dog howling he laments, “I got a dog in my back yard, howls every day my baby’s gone.” Lightnin’ is dumbfounded that the yard dog can know that his woman’s gone and then, astonishingly, can also understand how low he’s feeling because of it. I must be sad if my dog can feel it too, he marvels. Felt it, “deep down in his heart.” Man lonesome, dog lonesome; what could measure lonesome better. These blues don’t say.

This version of Lonesome Dog Blues came from an original Jewel album, JCD-5000 Blue Lightnin’. I bought it mail order from Randy’s Record Shop, Gallatin, Tennessee, in the late ’60’s. A 3-album package deal advertised every few minutes on WLAC Radio, from the Life and Casualty Tower in Nashville–home of Gene Noble, Herman Grizzard, Hoss Man Bill Allen, and the highly respected John R (Richburg). These DJs, and the R&B they played, were frequent late night companions for me in the late ’50s to the early ’70s. That is, whenever my little Westinghouse AM radio could handle the faint signal from so far away, encased in green plastic. Imagine! Three brand new Lightnin’ Hopkins albums from Jewel Records: Blue Lightnin’, Talkin’ Some Sense, and The Great Electric Show and Dance showing Lightnin’ on the cover in dark shades and orange jump suite, proudly sporting the stump of a cheroot in his left  hand and a size 10 shit-eatin grin. Did I fall for it?(These albums have recently been released on CD using the same cover art as the original vinyl.)