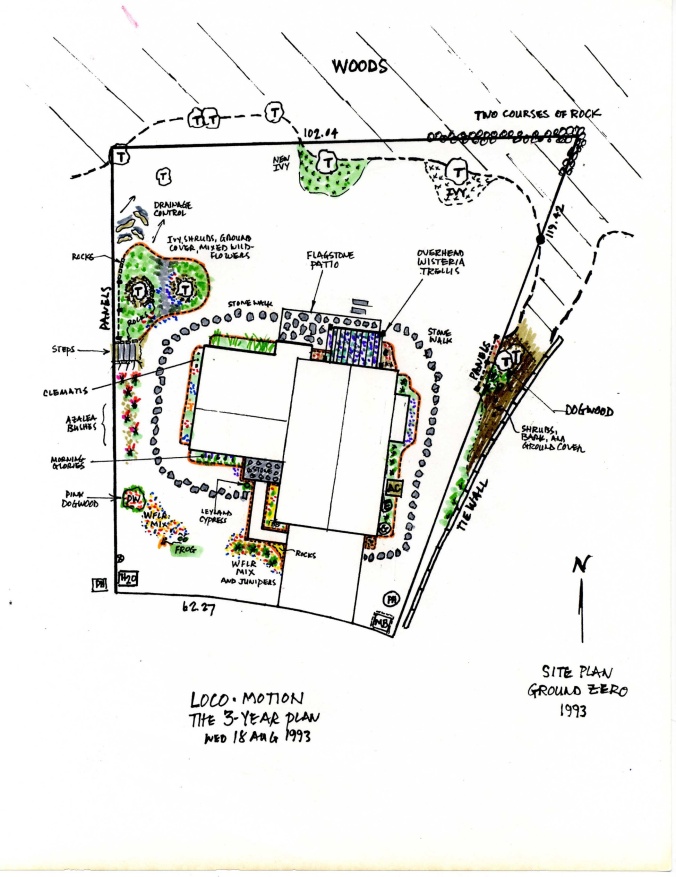 Ground Zero was Doc’s home base, his safe place, his patch of land, suburban retreat. He bought the house on Brasac Drive in Stone Mountain in the late 1980s when the neighborhood was still under construction, choosing the house and lot because it overlooked the wetlands on the fringe of Hairston Park. He could look out the back of the house and see woods and swamp, not other suburban houses. After he moved in he made a grand landscaping plan(seen above) called Loco-Motion/The Three Year Plan. Thanks to Paul Lamarre for unearthing this drawing to be seen here. Much of the plan Doc created, sweating away countless hours weeding and digging on days off, the physical labor an antidote to too many days sitting at a desk or in a conference room. He built a morning glory net over the living room picture window and enlisted some friends to pour a concrete(not flagstone) patio out back.  It was his shelter and the place where he spent many of his happiest years. I and his closest friends and neighbors were lucky to spend time there with him, too. The house is still there, but Ground Zero only exists as an idea anymore, in drawings like this one, the busy, deep mind of Roy Burke spilling out on the page again, a marvel.