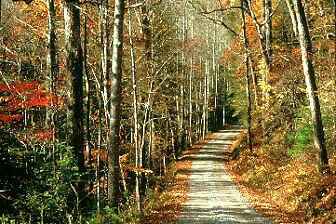 I was probably 24-25 years old when Doctor Flowers first showed me Noontootla Creek. It’s been my favorite place in nature within(relatively) easy reach ever since. It rolls down between mountains in and out of rocky, wild rhododendron-shaded grottos  before it empties into one of those perfect little Appalachian Mountain Valleys that dot North Georgia in out of the way places down county roads to which Doc was drawn over and over again. The first time he took me there it was a full scale expedition in his recently acquired proto-SUV The Beagle, loaded to the walls with every manner of supplies and repast. Checklist that included gumboots, comprehensive photo gear, chips ahoy, vast and curated music selections via his cassette tape library, maps, rain-gear, sliced turkey sandwiches with cheese and mayo on buns, maybe sometimes a little green leafy material and accoutrements for maximum mind expansion, mixed nuts. It was a perfect crystal blue Spring day in the mid 1980s in my memory, pollen washed out of the hills by a day’s mountain rain before, listening to everything from Hearts of Space to Toots and The Maytals on the slow, deliberate ride into the mountains. When he reached the right spot along Forest Service Road 58 and hove to in the Beagle, I followed him up FS58 on foot as he walked along the road reading the flora along the road-bank aloud as sure as I would read the sports page. He identified the early Spring wildflowers one by one. Doc knew nearly all of their names and nicknames, stopping occasionally to go to the guidebook or check off one new to his current year’s list(to later be compared to a second, lifetime, master list). We went there many times over the years, during every season.  We scattered some of his ashes there in a driving, crying rainstorm at Three Forks in 2016 to mark his passing. Oddly enough Doc didn’t save many photographs of the creek itself in his archives, so I present here a pic of the road along which we walked that first time, as well as another one of a violet in flower, close by the creek.

Over the years I accompanied Doctor Flowers to Noontootla Creek maybe 8-10 times. I’ve also taken friends and family there in the decades since to splash in the creek, hike, eat, drink and love.  Every now and then I’ll just take off on a Tuesday and head for the hills, well past Ellijay and into the watershed of the Mighty Toccoa, winding the roads until they turn to gravel then winding them some more, until I come to that same spot along the Noontootla Creek.  I’ll just stay a while, forest bathing, glad to be at my special place. But I’m always reminded of my friend who found found the Noontootla first and showed it to me. Thanks Doc. 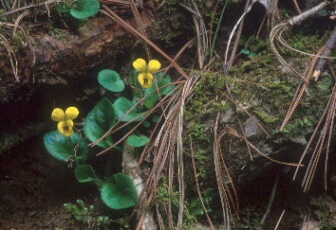 Round Leaved Violet along Noontootla Creek. Photo by Roy Burke

One thought on “Noontootla”